The Centenario Salar is positioned in the centre of “The Lithium Triangle” in the mining friendly Salta province. The leases cover an area of 68km2 in the Centenario Lithium Brine Salar over seven adjoining leases. It is located approximately 165km west of the City of Salta which has an international airport, hotels and other facilities (population 535,000).

The Centenario Salar is approximately 60km in length, with a long axis trending north-south with the average surface elevation being 3,900m above sea level. The Project area which is a basin surrounded by mountains 500 to 800m in height and as such is a closed drainage system.

The extremely high evaporation rates have caused concentration of elements such as lithium, potassium, sodium and magnesium. The project areas climate favours the use of solar evaporation in the processing of ore due to arid conditions and intense solar radiation for around 9 months of the year.

Projects that are adjacent and in the district include: 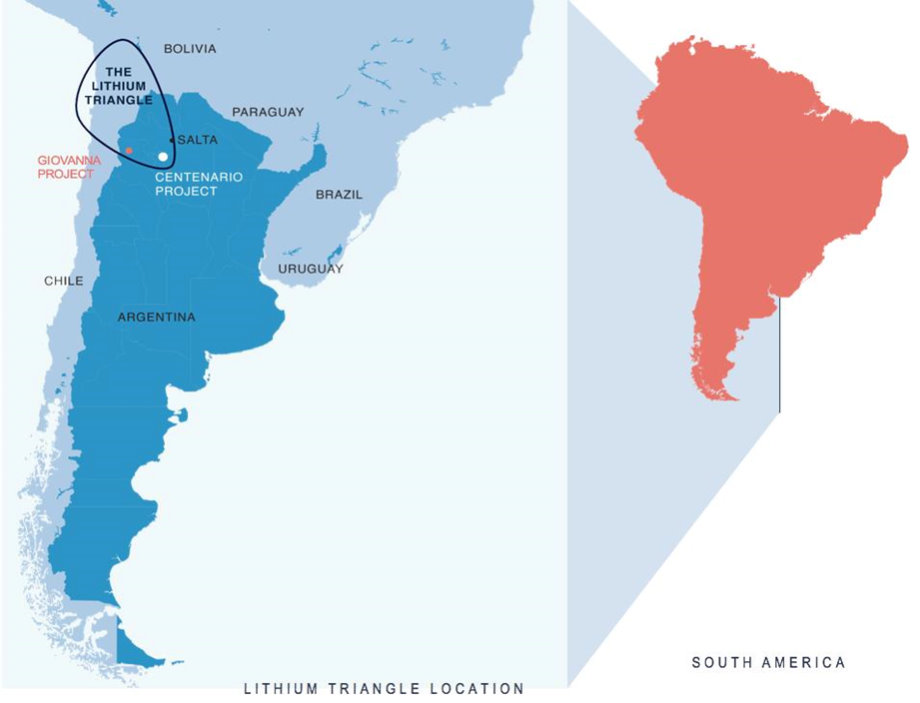 Figure 1 and 2: The Centenario Project Location 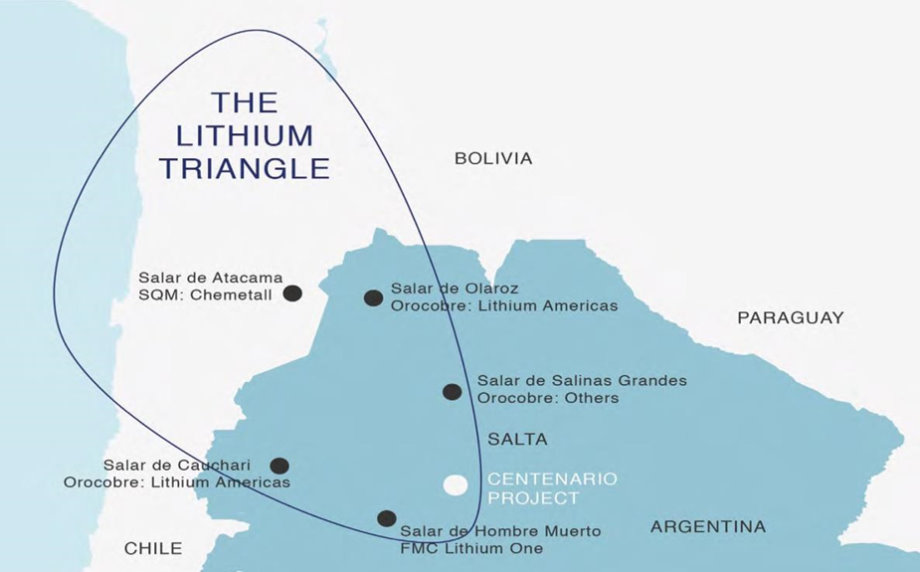 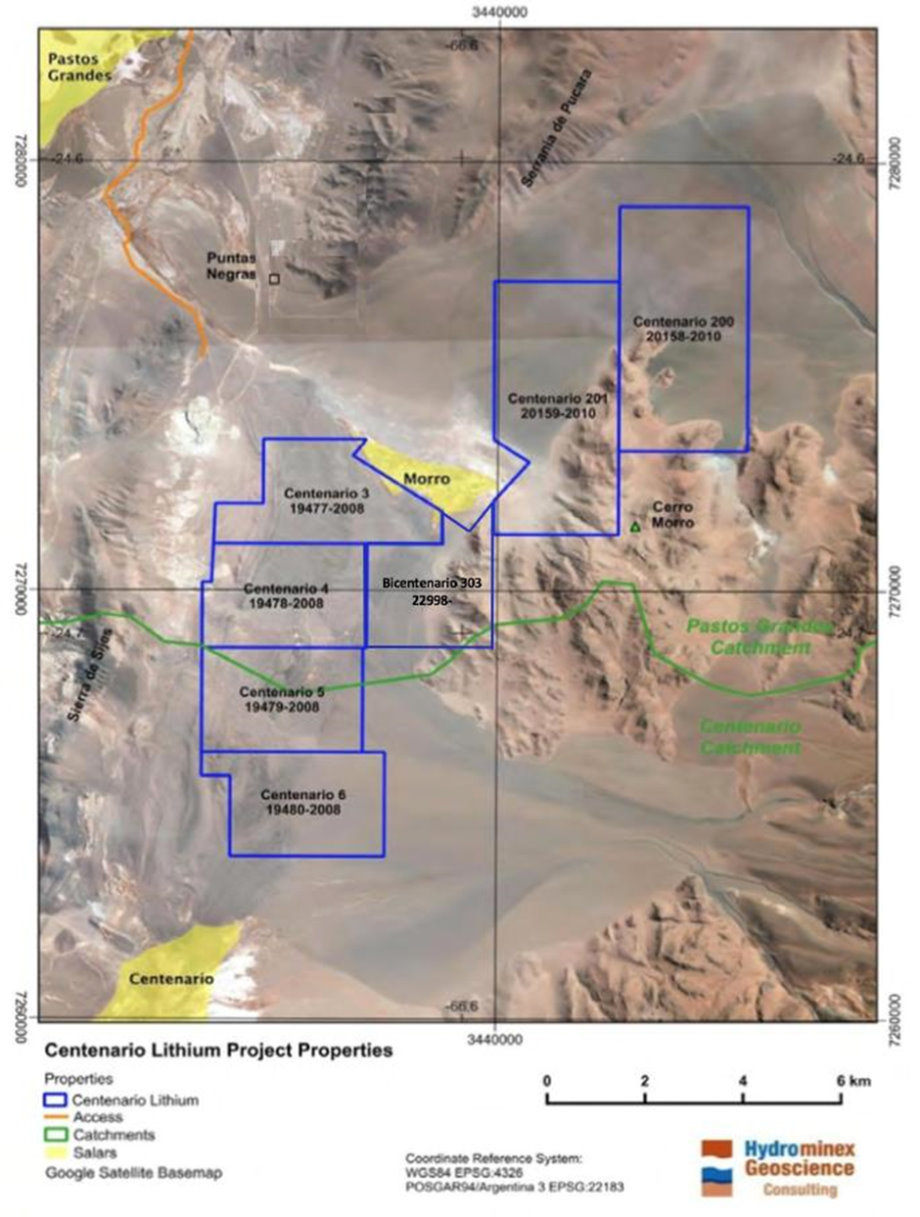 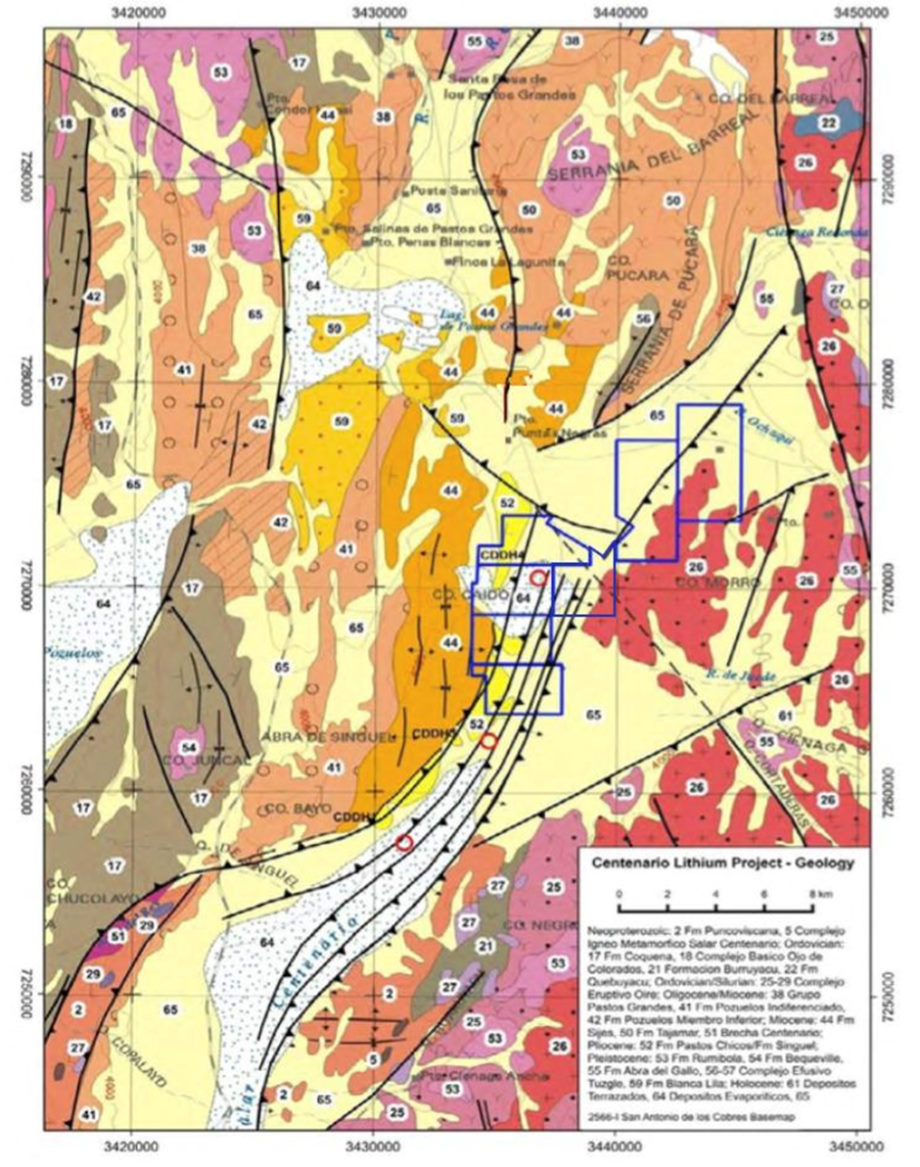 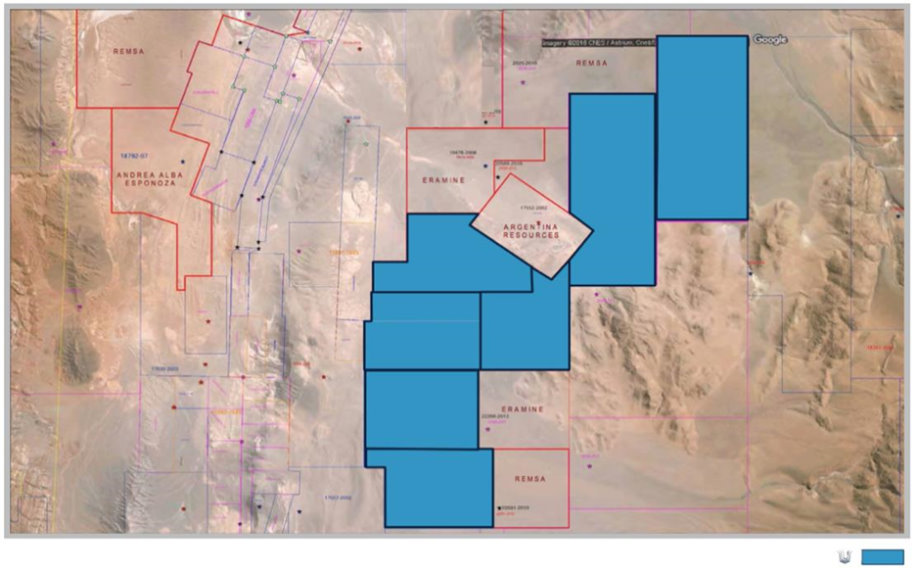 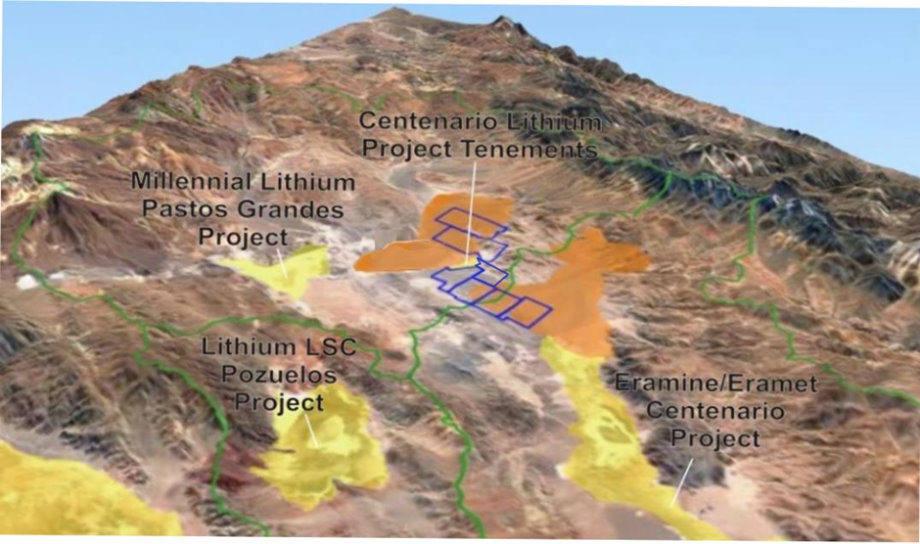 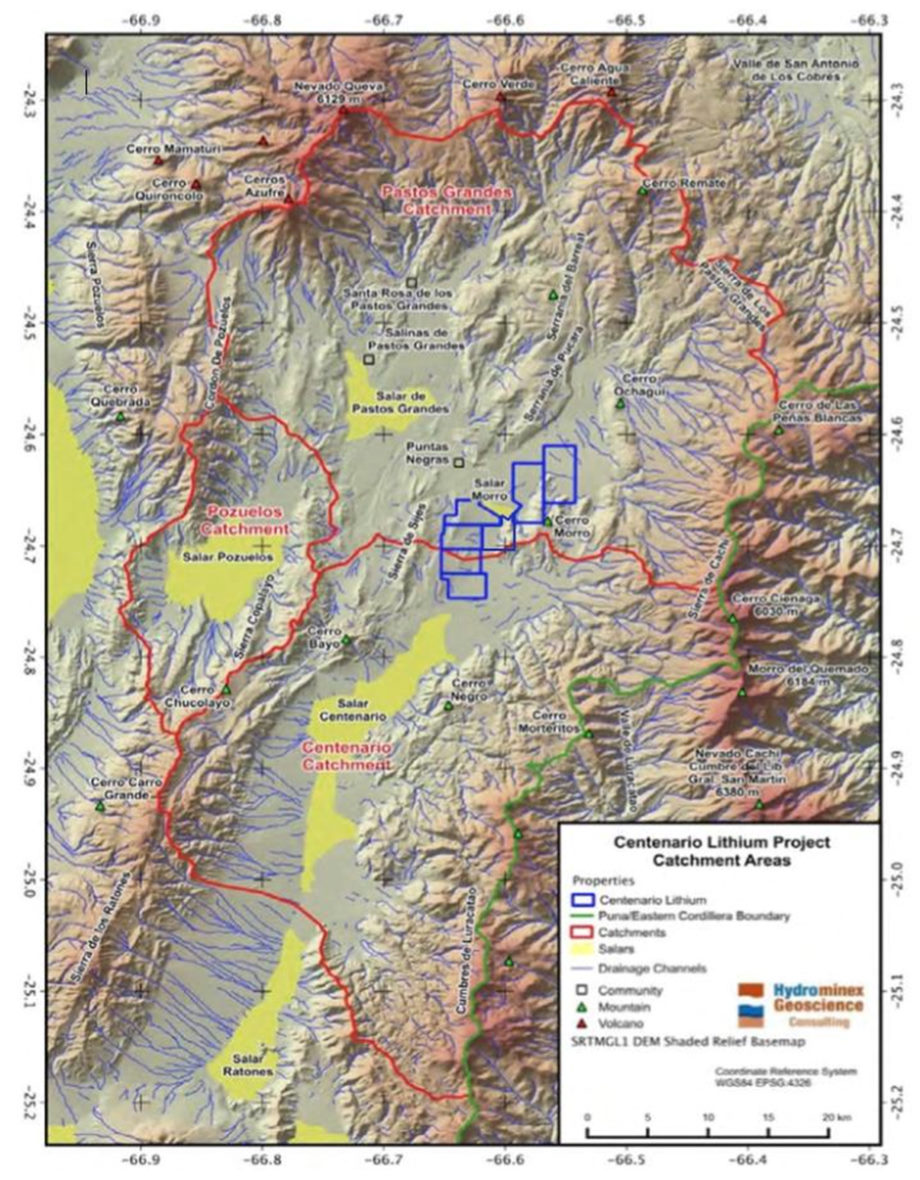 Details of the tenements of Centenario Lithium Ltd 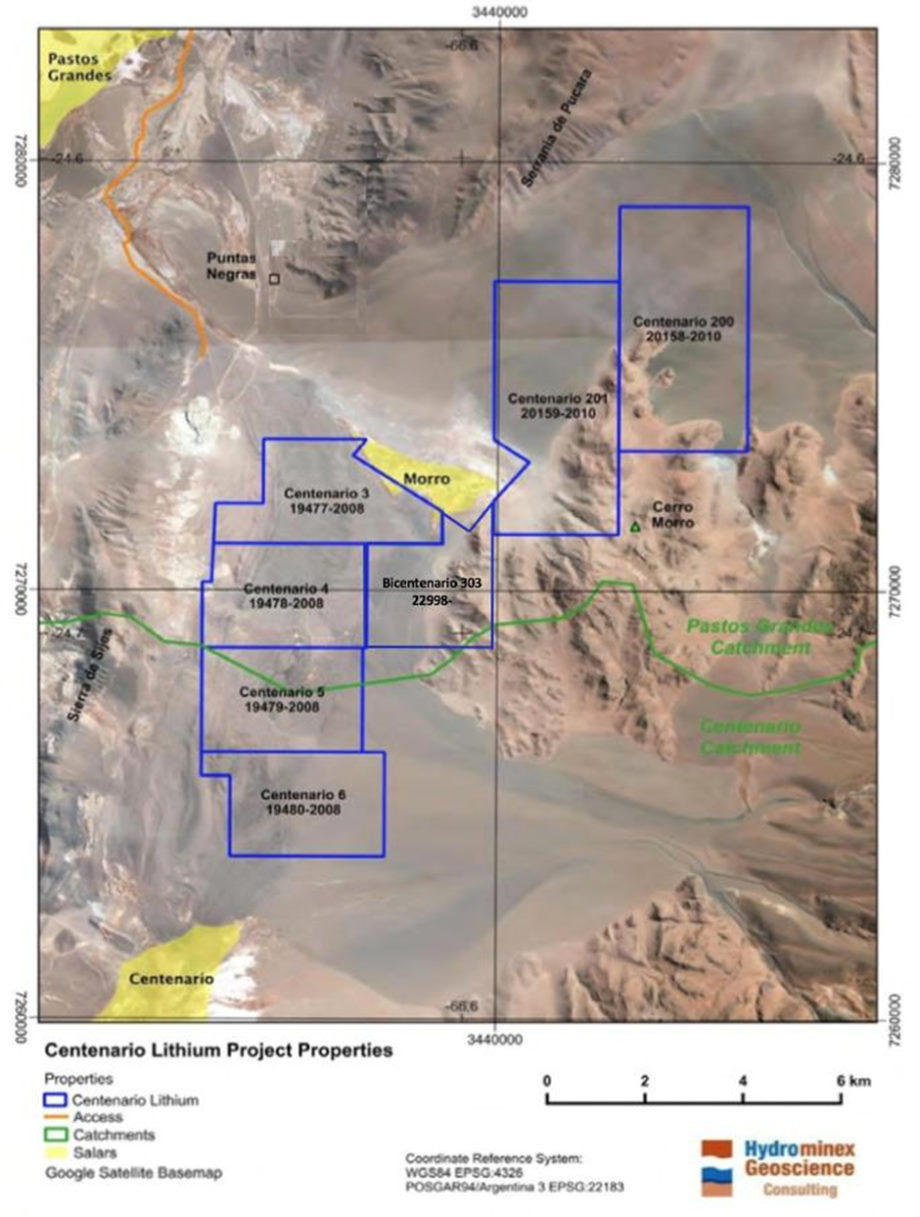